The Lesser of Two Evils, God vs Satan 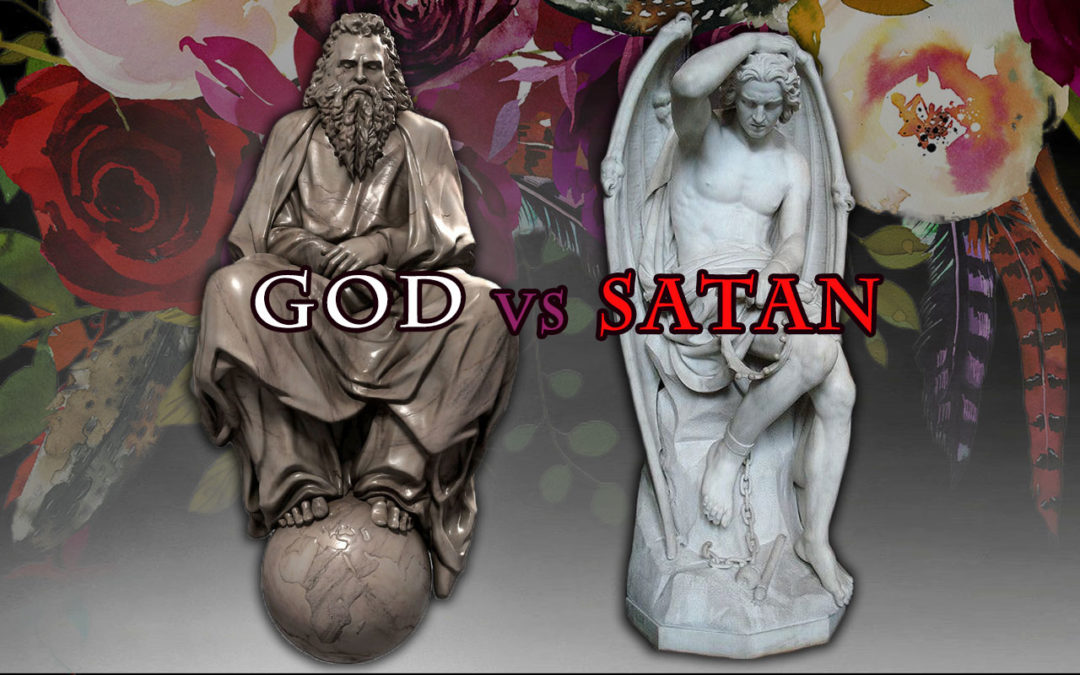 It may be no surprise to you, but out of the Biblical God and Satan, one has far more ethics and morals. One is a jealous brute who kills children, condones rape, incest, slavery, demands child sacrifices, makes offers for your soul, and the other is the devil. That’s right, I’m going to make the argument that God is far more evil than Satan.

If you’ve come to my page by mistake as a person of faith, please read the bible entirely before you disregard this post. Most of the facts of this article come directly from the bible, and no, not just the Old Testament, as most mentions of Satan come from the New Testament. Only taking the interpretation of your preacher or priest is doing you a disservice, read the parts they don’t mention.

Let’s start with the basics that everyone already knows. According to the abrahamic faith, God is an all powerful, all knowing, creator of the universe and has a plan for everything in it. Satan is the angel Lucifer who was banished from heaven for his jealousy of humanity, tasked with punishing sinners in hell, and likes to tempt humans to be the awful creatures he thinks they are.

So if God really is all powerful, all knowing, and has a plan for everyone; it means his plan was for Satan to fall from heaven all along and Satan is just a creation of God – all Satan’s actions are preordained by God. So everything evil Satan does is really just God’s plan. In fact, the worst thing Satan does in the bible, he does so only after being challenged and given permission to do his worst to Job to test his faith. Any temptations the devil gives humans, are also God’s plan and therefore really just god’s temptations. Under that logic, the devil can’t be blamed for anything he has done or will do, but lets ignore that whole conundrum and focus on the things Satan is blamed for doing.

You might think, that’s it? That’s not so bad. Yet the bible says little of the devil and hell, it is barely mentioned at all in the old testament. The hell as we know it was created far after the bible was written, and originally was a concept stolen from the Greek Underworld by the Catholic Church. Many fictions give us our concept of hell today, none more so than the poem by Dante written in 1320 A.D. Preachers and priests love to blame the devil for all that is evil in the world, yet most of those things are acts of man. Some of those evil doers claim the devil caused made them do it, but in reality people have free will (thanks to Satan), which is a close as he comes to “making them do it” as they have control over their actions. Now let’s look at the bad things god has done in the bible.

*Takes a deep breath* No, I’m not even close to being done. Please google any of these if you have doubt, as they are all straight from the bible.

Now as an atheistic satanist. I don’t actually believe in any of this. However  most of the Abrahamic Faith don’t actually read their own holy book to know this is literally how it is written. I’m of the opinion, most of followers of the Christian, Hebrew, and Islamic Faiths take the word and interpretation of their other’s, not actually do research for themselves. How else could you read the above and not come to the conclusion – God is far more evil than Satan.